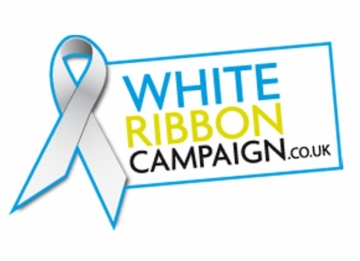 Cadwyn Housing Association are supporting White Ribbon Day 2016 on the 25th November, this campaign is inspired by The White Ribbon Pledge led by men who campaign to stop domestic violence against women.

Domestic violence statistics show that 70% of incidents result in injury and that on average, two women in England and Wales are killed by a partner every week.  But what does wearing a white ribbon really mean? It says loud and clear that you will never condone, take part in or remain silent about domestic abuse against women.

The effects of domestic violence affects everyone.   If you think about how many people are touched by one person – whether it’s at work, a relative or someone else you know, it’s an issue that ends up affecting first our communities, society and then places all over the world.  A domino effect.

Male members of Cadwyn staff will be making the pledge, you can join us here to end violence today!