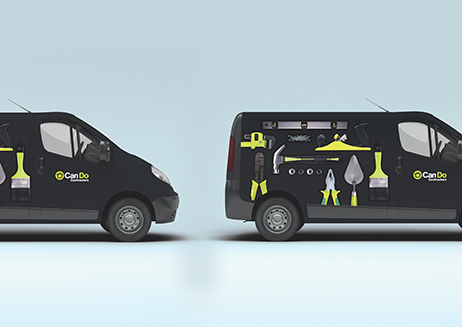 The team were awarded “Best Design” for the CanDo Contractors trade vans.  This is the second year running that the team have picked up the award.

Nia Boulton, Communications Officer said: “We worked with CanDo Contractors staff and CR Design Agency to come up with a toolbox design that reflects the variety of skills the CanDo Contractors team have and the work that they are able to carry out.  We’re delighted to have been chosen as the winners of this award for the second year running as it shows that we’re consistently producing work that stands out within the sector.”

Speaking of the design, the judges said: “We thought it was refreshing, bold and stood out from the sector.  We liked that it linked to the corporate brand but also enabled Cadwyn to market their repairs service as an independent too.

We particularly liked the staff consultation involved and that the trades teams are driving vans that they played a part in designing.”